What is algorithmic trading?

Algorithmic trading utilizes computer programming to perform all functions in the buying and selling of tradable assets. The developers of trading algorithms use sophisticated systems to calculate variables that affect the movement of the markets (timeframes, prices, and volumes) and then execute buy/sell orders using high speed instructions to brokerage firms for processing. Algorithms are built around specific trading strategies, to behave in a pre-defined way and react when the algorithm’s criteria or conditions are met. Algorithmic trading is also referred to as algo trading, automated trading, quantitative trading (quant) and robotic trading.

Algorithm trading is usually used synonymously with automated trading because they are frequently done together; the algorithm does the decision making and the automation does the orders execution. Technology has made it possible for both of these components to be performed by individuals as well as larger organisations with bigger resources. The major benefit of algorithmic trading is in the precision of trade order execution and speed of execution using online brokerages.

Since algorithmic trading relies on pre-defined rules and criteria, it is still critical for the involvement of a human operator to monitor and adjust where required since financial markets can be highly volatile and overwhelm the algorithm trading a particular instrument. Human involvement is required not only to monitor the way the algorithmic strategy performs under market conditions but is also required to continue back-testing to see how adjustments to the algorithm will perform going forward. This is an ongoing process over the lifetime of the algorithm.

Who is using algorithmic trading?
Initially algo trading was developed by large organisations with the required resources, such as Investment banks, pension fund management companies, mutual funds, large and small hedge funds. But more recently as technology becomes more available to the masses, individuals or teams of developers can create algorithms to offer retail investors to use as part of their portfolio investment. These days It is reported that around 80% of all trading activity in the FX (Foreign Exchange) market is executed by algorithms. 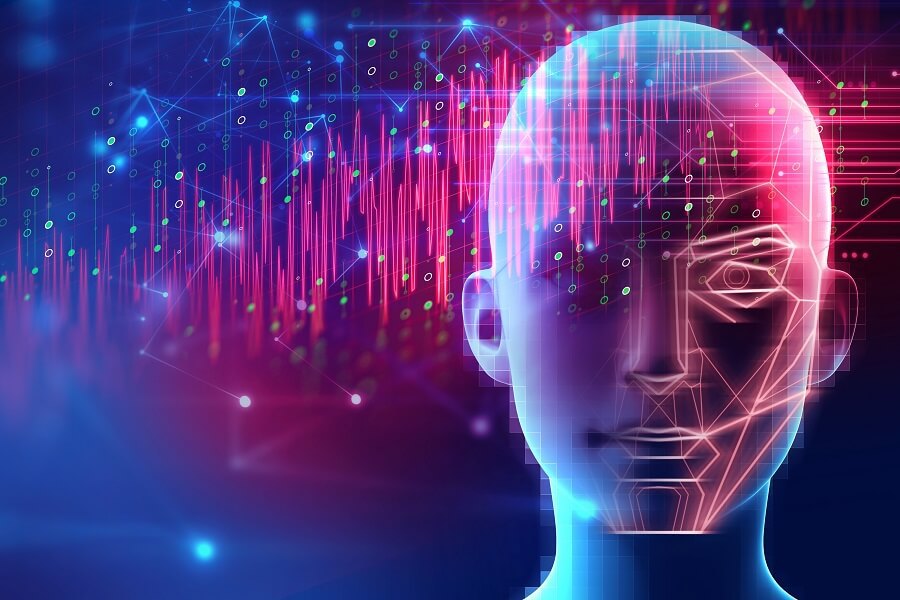 How does algorithmic trading work?
Basically it involves the use of computers at every stage of the trade order flow. The market exchanges supply a constant stream of data to the general public for consumption. This data is often used to build charts to display trading metrics for every symbol such as volumes, prices over various time periods (1 min, 5 min, 1 hour, 1 day etc). This market data can be saved on a computer server to be used as a database. A trading algorithm can be run on this database using many types of applications. The application checks if the market conditions are met against the algorithm’s criteria and proceeds to execute the buy or sell trade orders. The orders are performed using the server to communicate with the market exchanges via brokers.

How can I benefit from algorithm trading?
Algo trading is not just about deploying technology to perform what was generally a manual task before. There are clear benefits particularly in time savings and cost savings as well as the ultimate task of beating our own defaulted human behaviour.

These are the main reasons to adopt algorithmic trading:

DupliTrade offers a selection of Strategy Providers that use algorithm trading. Every Strategy Provider uses their own type of fully automated or semi-automated trading strategy, each with their own trading characteristics such as Trend following, Price Action, Intraday, Swing, Breakout and more. DupliTrade also offers an advanced and powerful simulator to back-test strategies to see how their algorithms have performed over various time frames.

The most common algorithmic trading strategies employed on DupliTrade are:

Price Action - since price action tracks the price of an asset over time, the algorithm is programmed to buy or sell at specific prices if they are reached. Price action is usually used in tandem with trend strategies because the market trends give indications on the likelihood of a price movement happening.

Intraday - also known as Day Trading, intraday strategies are made up of sub-strategies such as momentum, breakout, moving averages, trend and more. The underlying idea is to get in and out of a trade within a day. Trading performance can be affected by financial news, changes in volume, volatility, price action and more. Intraday requires deep knowledge of the markets and situational awareness of the factors that can affect the asset price.

Swing - is based on the concept of entering a trade for a relatively short period of time, usually a few days but can be as long as a few months. The profit targets are achieved once the target price is met. Swing traders usually use both technical and fundamental analysis as well as price action to determine the entry and exit points.

Special - some algorithmic strategies employ more exotic indicators, for example Fibonacci ratios, Bollinger bands, Elliott waves indicator, Ichimoku cloud and many more. Each of these indicators are used as technical analysis tools and can be used for any of the major trading styles mentioned above.

How to learn algorithmic trading
Algorithm trading used to be a domain for either the highly specialised trader or well resourced groups such as Funds Management companies. But over the last few years, advancements in technology have allowed these capabilities to trickle down to smaller groups or individuals who are building proprietary systems or are using off the shelf programs to deploy algorithmic trading strategies.

Quantitative trading generally requires advanced knowledge of mathematics and statistics to research assumptions about the markets and to build probability models to see if there is a high correlation. If there is a high correlation or probability of an event repeating itself then this is developed as an algorithm and deployed to the market exchanges.

Algorithms can be handled by automated trading systems or manually by a trader, after receiving a signal to open or close a trade, from the algorithm. The algorithmic trading processes are rarely hands free, meaning that human involvement is always required at various times during the cycle.

Of course once the financial knowledge and mathematical or statistical know-how have been covered, there is still the small issue of coding an algorithm. These days most algorithm trading is coded using popular languages such as C++, C# (C Sharp), Python, Java, MatLab (requires licensing fees) or “R” which is a free open source program. Then when the algorithm has been developed and back-tested it needs to be developed in the language of the trading platform such as the MQL language in the very common MT4/MT5 platform, to carry out the trade functions (Buy / Sell / SL / TP orders).

More on algo trading
It is estimated that at least 80% of all global trading volume is performed using algorithms. The prevalence of algorithmic trading is well established in larger financial institutions and is being pushed forward with the technological advancements of Machine Learning (ML) and Artificial Intelligence (AI). These technologies are newer, more advanced and will undoubtedly lead the way for others looking to gain the qualitative edge in profitable trading.

One problem that arises with the current generation of algorithmic trading is that it is difficult to differentiate between successful and unsuccessful algo trading strategies. Most algorithms being developed have only been around for a short time, are narrow in their capabilities, do not employ risk management strategies and are not verified by the general trading community. DupliTrade has a unique offering in that the auditing process is very rigorous and not every trading algorithm can be offered to investors. Read more about the extensive auditing process.